A small group of friends began sailing radio-controlled yachts on Regency Lake in 1996.   This lake is adjacent to Regency Park Parade in Gulf Harbour, Whangaparaoa, and was formed initially as a storm water retention area during the construction of the Gulf Harbour Country Club golf course and surrounding residential area.  The lake and surrounds are still owned by the Gulf Harbour Country Club and they very generously gave permission to this group to sail in their lake, which is mostly weed free.

On 29th July 1998 a group of 11 keen radio yacht sailors gathered in the home of Harold & Faye Smith with the purpose of forming what is now the Gulf Harbour Radio Yacht Club. Two of the attendees at that inaugural meeting are still active members of the club.

In 2000 the club raised funds to build a jetty on the southern side of the lake. With the help of members and the local authorities the area around the jetty has gradually been developed and improved to today’s excellent facility.

The boats sailed in those early days were the commercially manufactured Seawind, and Yamaha.  A more recent development in the early 2000's saw was a move to the International One Metre (IOM) class which is what the majority of members now sail. A number of members also sail the RM (Marblehead) class boats which has been rejuventated in 2017.  We also sail the Electron and RG65 with other classes always welcome.

In December 2017, the club successfully applied to the New Zealand Companies Office and was duly incorporated under the Incorporated Societies Act 1908 on the 21st day of December 2017 (#2691691).

Over the years the number of members has increased with membership currently at 26 during 2018. 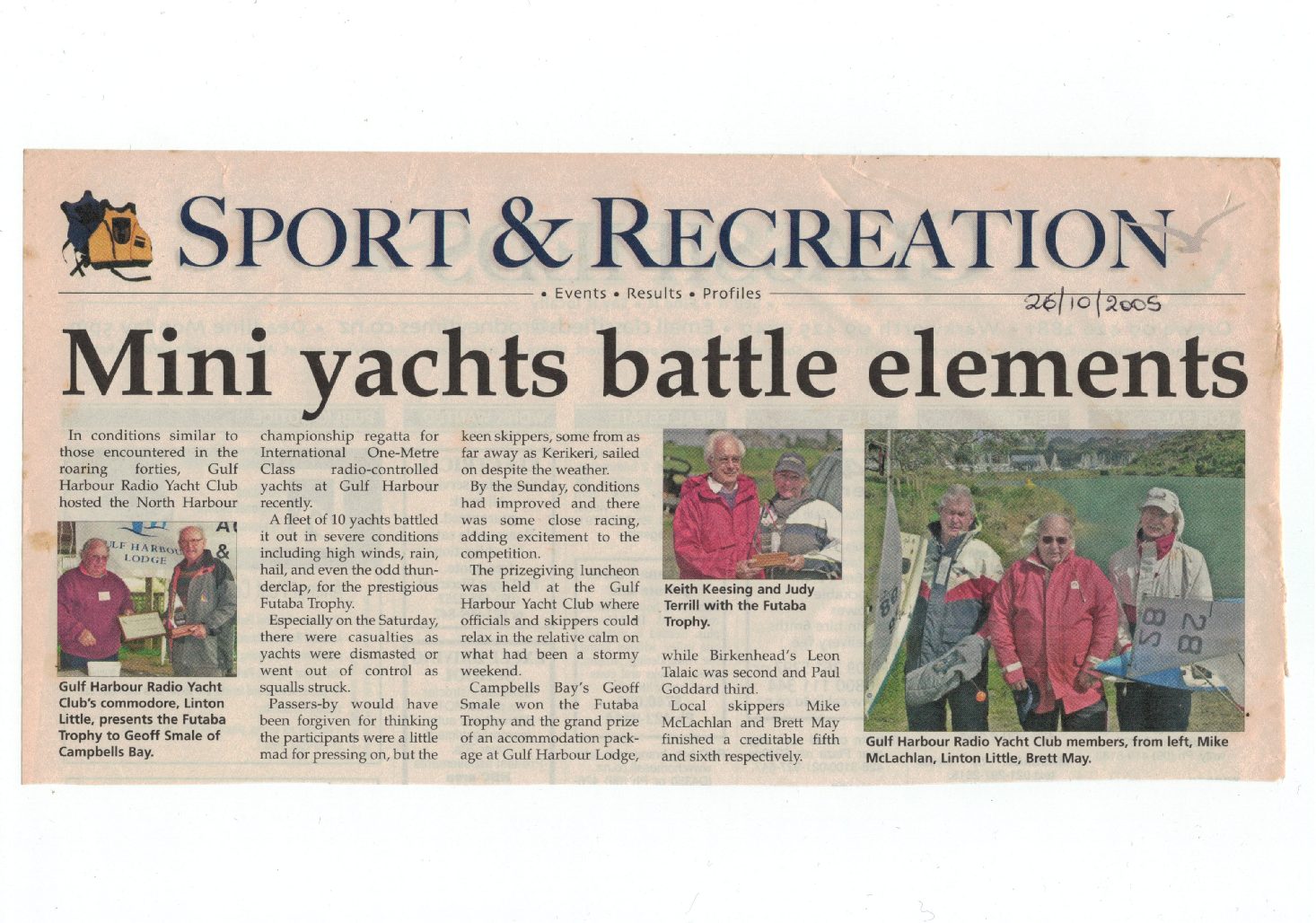